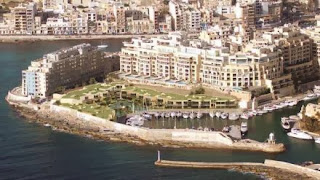 "The decision taken by MEPA's new appeals board to approve the development in Portomaso for the building of 46 new bungalows goes contrary to MEPA's original conditions when it approved the original Portomaso development proposal in 1996. This condition stipulated that the area in question should remain untouched. The new appeals board also disregarded the 2012 decision of the MEPA board to disallow such development", stated Żminijietna - Voice of the Left.

"This confirms that MEPA is more orientated towards a policy of unsustainable development, instead of generating a policy for ecological sustainability and social development. This development will further increase the built up area density in the center of Malta, with related problems such as pollution and traffic".

"The appointment of a new appeals board by the Government raises questions as to why this board was appointed in the first place".

Żminijietna appeals for a holistic reform that will safeguard not just the countryside outside the development zone, but also other open spaces in urban areas. MEPA should promote environmental sustainability, rather than acting in the short-term interests of big-business.